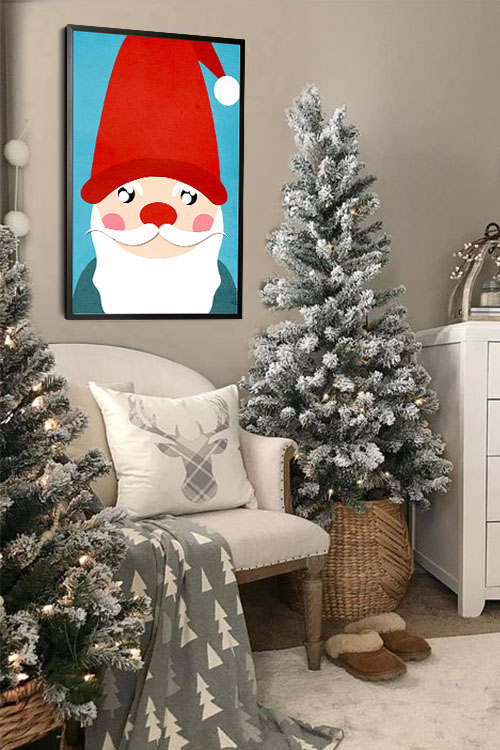 Just like Santa Claus and Rudolph the reindeer, there are other characters that complete the Christmas spirit. Though they are not that much mentioned in films, books, or comics, Christmas gnomes are popular among the Scandinavian countries.

Gnomes are believed to be nature spirits that live underground. They are likewise fond of interacting with humans and can be both helpful and mischievous. In Scandinavia, gnomes are closely associated with Christmas and have the role just like the American Santa. In Norway, the gnomes are called Nisse.

Scandinavian gnomes are similar to what we have read in any Western book. They are bearded creatures and are oftentimes considered to be mischievous domestic spirits. Gnomes are believed to be responsible for the welfare and protection of a farm.

Some Scandinavians also believe that gnomes came from the soul of the first person to own the farm. The spirit creature then continues to take care of the farm.

Scandinavian gnomes rose from the imaginations of the people who wanted to feel less lonely during the cold months of winter. As many know, fams in the region are isolated, and that people experience dark and long winters. Gnomes are then associated with pranks and mischiefs. However, there’s the other side of the story when gnomes are scary. They are known to have the capacity to kill livestock and destroy the fortune of the family.

Most gnomes look like short and old men. They have long white or gray beards with bright red caps on their heads. Depending on where gnomes live, the outfits also differ. For instance, gnomes living in the stables usually wear gray clothes and those living in the house appear neater with blue and dark green attire. Gnomes also know magic and how to cast illusions or make themselves invisible.

Swedish gnomes are sometimes called Nisse but are more commonly called Tomte. Swedes also believe that gnomes take care of farmers and their homes. They are known for living in solitude and about 2 feet in height. They also possess incredible strength and hate people with a lack of respect or even lazy farmers.

According to legends, Swedish gnomes are caring for children and help with fortune if you are good to them. They are also active at night especially when the homeowners are asleep. They also love to do various things around the house and hate it when people interfere with their tasks. During Christmas, it is recommended to leave a bowl of Christmas porridge so that they will reward you with gifts.

In Western countries, Santa Claus is one of the most important people. However, Scandinavians believe that gnomes do the majority of the work during the season. Norwegian Christmas gnomes help in safeguarding the animals throughout the year. It is also important to leave a bowl of Christmas porridge on Christmas eve for them to become your friend. Just like Santa, gnomes also bring gifts to children on Christmas eve.