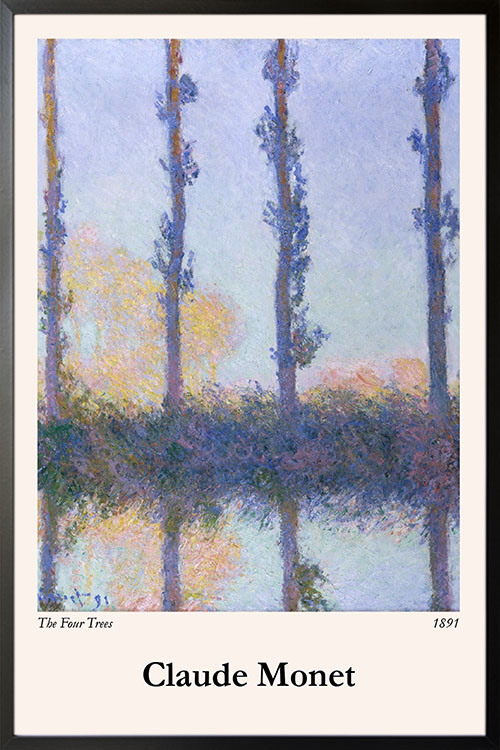 Claude Monet is a famous French painter and was also known for the birth of the art movement Impressionism. This is due to his works that have captured light and natural forms. He was born in 1840 in France and studied in Academie Suisse. He suffered from depression, poverty, and illness. Monet died in 1926.

Claude Monet was one of the most famous painters in the history of art. He was also known to be the key person in the development of the Impressionist movement. He spent most of his childhood in Normandy where his family moved when he was only five years old. He then developed his passion for art where he started with caricature. He was then encouraged by his father to do painting, which he enrolled in Academie Suisse. After several years of experimenting with different art forms, he met with the Swiss painter, Charles Gleyre and worked with Alfred Sisley, Auguste Renoir, and Frederic Basille.

Life as an artist

It was known that Claude Monet loved to work outdoors and often with the company of Sisley, Renoir, and Basille. He was also accepted at the Salon of 1865, which was an annual juried art show in Paris. Two of his world were chosen for this event. However, even with the spotlight on him, he still experienced financial struggles.

Just like many artists, Claude Monet sometimes was not satisfied with his works and has destroyed a number of his paintings. One of his notable works, “Impression, Sunrise” (1873), featured Le Havre’s harbor in the morning fog. The goal of his works was to capture the essence of the natural world with the use of strong colors and bold, short brushstrokes. He also adopted some elements of industry into his landscapes making his works look more contemporary. With this signature in his works, he started to exhibit with the other Impressionists until the 1880s.

Even his personal life was filled with struggles. During the second pregnancy of his wife, Camille, she succumbed to a deteriorating illness. Claude Monet even painted a portrait of her on her death bed. After the death of Camille, Claude Monet painted a set of paintings, the Ice Drift series. Claude then became romantically involved with Alice Hoschede and got married in 1892 after the death of her husband.

It was in the late 1880s and 1890s that Monet gained financial success as his paintings became well-known. While in Giverny, he loved to paint in the gardens that he helped create. A series of paintings about water lilies in the pond were some of his notable works. The Japanese-style bridge over the pond became the subject of several works as well.

Claude Monet traveled to find more inspiration. Once, he rented a room across the Rouen Cathedral in northern France and painted a series of paintings of the building. These works clearly showed his interest in the different effects of light.

He helped in changing the world of art by introducing new things in the field and doing away with the traditional. He was also the key person in influencing later artists such as Jackson Pollack, Mark Rothko, and Willem de Kooning.

Unfortunately, Claude Monet suffered depression in his later years. He felt that his life was a failure and that he intends to destroy his paintings before he disappears. Still, he continued to paint until his last days. He died on December 5, 1926, in Giverny.