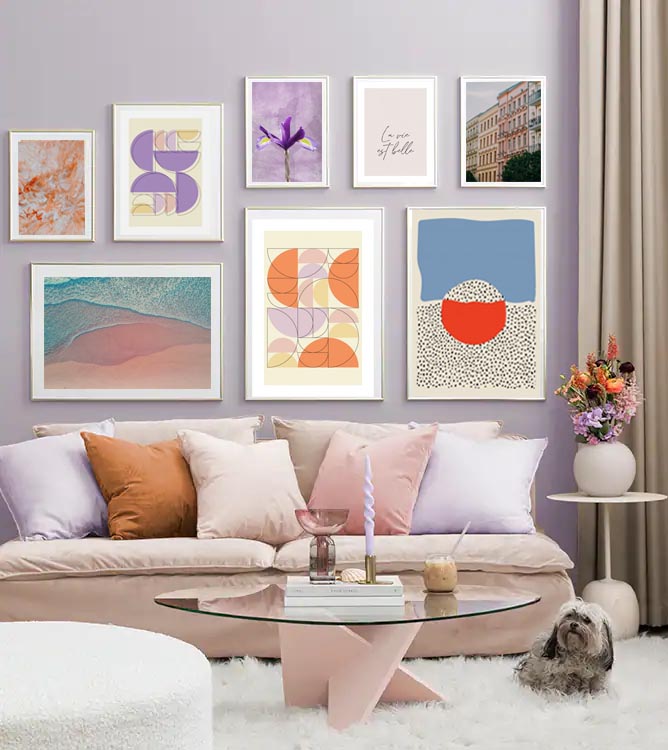 Complex yet stylish interior design style. This is probably the best way to describe the interior design style of the 1980s. It is called modern retro as different elements from the past and present can be seen inside a home. With the addition of design elements and the use of your imagination, you will be able to create a home that is chic and timeless.

The 1980s design style is not a plain and simple style. In fact, it consists of different elements that make it a little bit complex. It is common to see metallic accents, angles, and curves inside a home with the design style. What makes the style even more interesting is the fact that it can easily be incorporated into the designs we have today. The modern retro design style is mainly composed of bright colors, a flat design, and numerous geometric figures.

The design style has the appearance of what many say, “less is more”. It encompasses the minimalist approach that features clean-lined furniture pieces. The glossy and reflective appearance of the surface is achieved with the use of mirrors, chrome, and glass. These are remarkable items as they can make any room look visually larger. In addition to these, gray and white are common on the walls so that other colors can easily blend with them.

A brief history of the 1980s modern retro design style

The 1980s is remembered for its socioeconomic change that is due to technological advancement. It is also a period of moving away from the planned economy and shifting towards laissez-faire capitalism. This boom in the global economy is greatly influenced by the United States. As such, there is an increase in job opportunities and economic expansion, especially in the West.

Many companies likewise relocated to different countries, particularly to Asia. Examples are Thailand, Mexico, South Korea, China, and Japan. As a result, these countries experienced growth in employment and economy. The developing countries, on the other hand, are experiencing financial crises and an increase of debt from the International Bank and the World Bank are observed.

The AIDS epidemic was recognized during the decade as well as global warming started to become a problem.

Here are some inspirations that you may want for your home:

Soft pastels were common during the 80s. With the application of white in generous amounts, the soft pastel colors will be intensified.

This refers to the aesthetics that represent the rural farmhouse-like design. The design style gained its fame because of its simplicity. Pastel and bright colors blend perfectly with the country design style. It is also common to see natural elements such as wood, rocks, and others.

The open kitchen aims to avoid the isolation of the person who is in the room. It also provides a continuous flow between rooms.

White and antique in appearance coupled with sofas covered with quilted comforters and simple grommets.

This design style is known for its simplicity and spiritual appearance with the use of elements such as pebbles arranged neatly in certain areas.