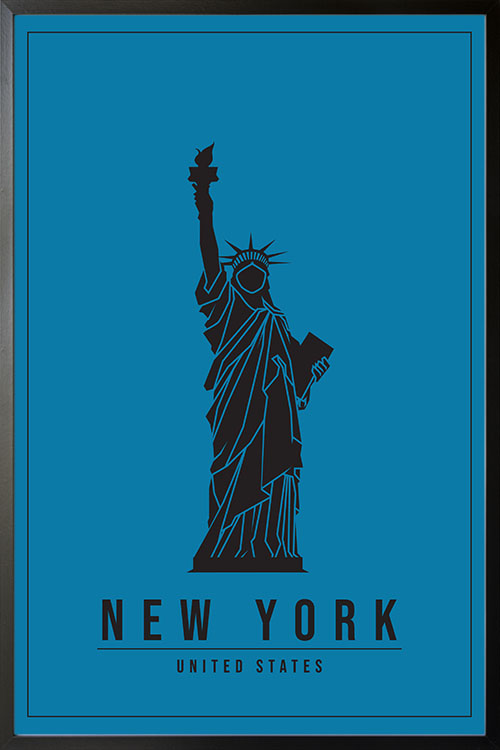 The Big Apple – New York City is known for many things. A city rich in something old and something new. The city that never sleeps as many have said. Bring the beauty of the city to your home with New York posters. Cool and attractive posters that will level up the appearance of your rooms.

The beauty of New York posters

Artdesign brings you interesting poster designs that will take your room interior to the next level. Time to spruce up your rooms and decorate the walls with trendy art. New York posters are fantastic prints that are appropriate to any rooms. In colored and black and white, the posters will give an elegant look that will be adored by your family and friends.

New York posters will give you a glimpse of what it is like to be in the city. The Statue of Liberty, Central Park, The Time Square, and the Empire State Building. These are just some of the landmarks that are not to be missed when visiting the city. New York posters will take you to the city that is rich in American culture. The city that never sleeps in amazing prints that will boost the appearance of your rooms.

The high-rise buildings of New York are some of the trademarks of the city. The city is full of skyscrapers that includes the Empire State Building. The building is popular in films and television series and the favorite of many photographers. New York’s skyscrapers reflect that of human culture and endeavor. With the New York posters displayed in your rooms, you will be bringing the energy into any room.

Located at the heart of the city. The Central park occupies around 3.41 square meters of land. It is one of the most visited places in the city. The Central Park is also popular in various films because of the aesthetic garden and the walking and jogging trails. Visiting the place gives a serene and tranquil feeling that will complete your trip in New York.

Times Square is not just a place to see. It is important to experience it with the energy that represents the city. Get the chance to marvel at the yellow cabs and the billboards that loom over the street. Hear the sound of busy pedestrians who go about their daily lives. The roaring vehicles that put the city in motion is something that should not be missed.

New York city is also known among tourists because of its architecture that emanates energy to its visitors. It is filled with colors and structures that reflect the history and beginnings of New York. It features some of the attractive landmarks of the United States. Examples are the Empire State building and the Statue of Liberty. Give your home a touch of New York with posters that feature the majestic structures.

Tourists from around the world recognize New York for some of its unique and artistic landmarks. From the Statue of Liberty, Central Park, to the Empire State Building. These landmarks have been featured in countless films and books. These destinations have special places in the hearts of many individuals who have visited them. They bring back memories of romance and friendship.

Though the city is a busy city, many still consider visiting New York to be a dream come true. With New York posters, you will be able to add charm to your home while enjoying the ambiance that they create.