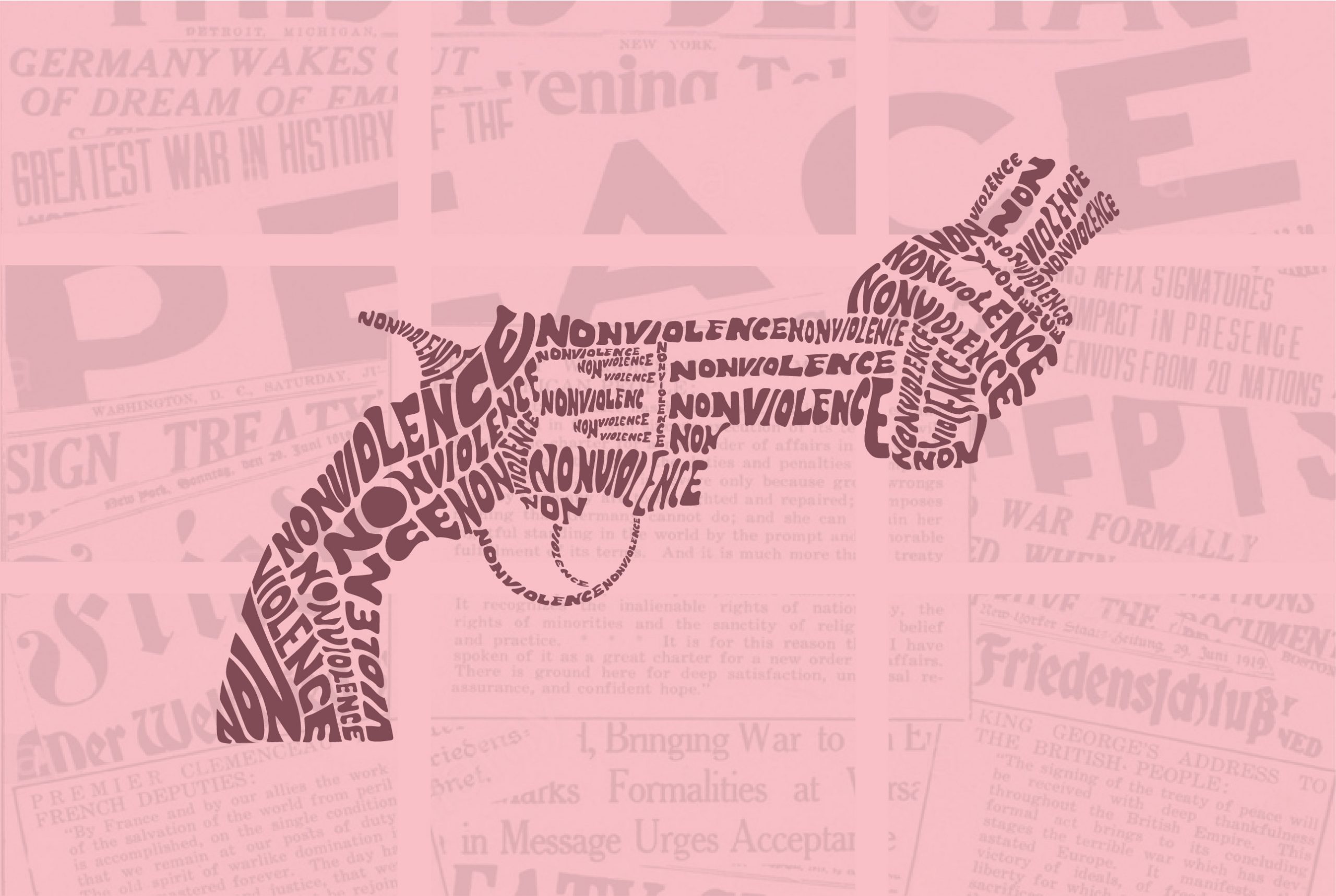 Since ancient times, history has recorded violence committed around the globe. Bloodshed has caused fear and terror in the eyes of many, especially the children. Several organizations have been established to show that we can live in a world full of love and peace. The non-violence posters represent peace. Peace that we need and what we should have for a more progressive society.

The knotted gun – what is it?

Originally known as “The Knotted Gun”, the sculpture was created as a memorial tribute to John Lennon. It was designed and created by the Swedish artist Carl Fredrik Reutersward, who was also a friend of the murdered Beatles member. The sculpture was created as a vision of a world at peace. The Knotted Gun is a bronze sculpture of an oversized Colt Python .357 Magnum Revolver. What makes it unique and interesting is the knotted muzzle representing the stop for violence.

The sculpture was created after the murder of John Lennon. It was originally displayed in the Strawberry Fields Memorial in Central Park, New York City. The Government of Luxembourg donated a bronze sculpture to the United Nations in 1988. During the 10th year anniversary, the UN Secretary General and Nobel Peace Laureate, Kofi Annan, stated:

“The sculpture Non-Violence has not only endowed the United Nations with a cherished work of art; it has enriched the consciousness of humanity with a powerful symbol that encapsulates, in a few simple curves, the greatest prayer of man; that which asks not for victory, but for peace.”

Since then, other non-violence sculptures have been displayed at more than 30 places around the globe. Examples are in the Olympic Museum in Lausanne, the Peace Park in Beijing, Federal Chancellery in Berlin, and Sergelgatan in Stockholm.

The artist who inspired the world

Carl Fredrik Reutersward (1934-2016) is one of the popular artists of Sweden. He is also known internationally for his works and contribution to the industry. Carl is also a writer who has published works like “Cornering the discipline on board” and “Prix Nobel”.

His sculpture, The Knotted Gun, has gained popularity around the globe. The symbolism and beaut of the art has also been interpreted by other personalities. Other artists even made their own interpretation of the sculpture. These replicas are displayed in various events and art exhibitions around the world.

The Knotted Gun sculpture plays a significant role in different programs and activities. Youth are educated about the movement and create their own version of the sculpture. As a result, different appearances of the sculpture have been created.

Non-violence posters are simply attractive. As beautiful as the original art created, the posters are also attractive. In black and white, these posters can create a timeless classic appeal that will surely be adored by anyone. There are also prints that can add color and life to any room. These posters are not only appealing. They can also add style to your rooms.

The display of non-violence posters will also be a great way to show your support in keeping peace throughout the world. A peace that we all deserve. A peace that will make the planet a better place to live.