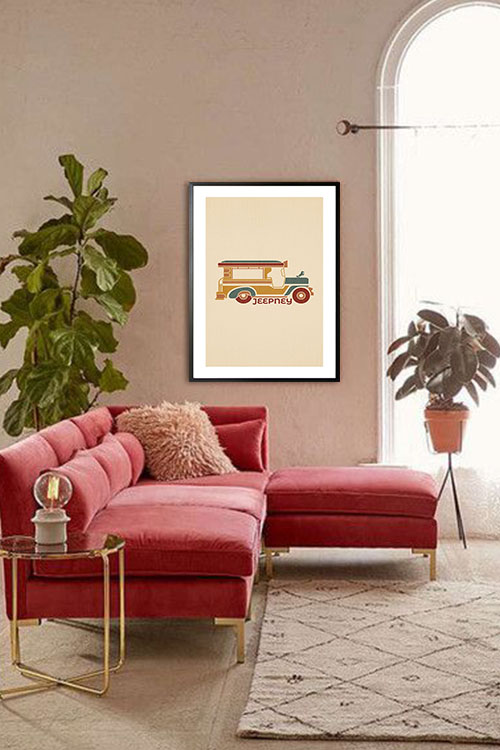 We see them everywhere. We have relied on them even in times of turmoil. We sometimes had death-defying experiences while riding this legendary mode of transportation. They are the most colorful vehicles on the road and the Philippines will never be the country that we know without jeepneys! Have you ever wondered how they came to be the most popular public utility vehicle in the country? Read on to know more about these epic vehicles and how they evolved to be the jeepneys that we know today.

Philippine jeepneys – what are they?

Philippine jeepneys are considered to be the most popular form of public transportation. Even before the Metro Manila railways system came into existence, people have relied on jeepneys to reach their destinations. It is impossible to miss them on the roads. They are the most decorated among all the other public transportation vehicles.

Even when the traffic light is still red, you can hear the noise of the engine as the drivers pump their gas pedals along with the full blast volume of their stereo systems. This scene reminds you of the start of a Grand Prix race. This may sound funny and astonishing, but this is just an ordinary scene on the urban roads of the country. This is the infamous Philippine jeepney, a post-Second World War invention that became part of the culture of the country. The undisputed “King of the Road”.

How it all started

Every iconic image in the world has a story to tell. Even the smallest of all may stimulate your interest. Food, for instance, has an interesting background and is a product of creative minds. Jeepneys were the leftovers of U.S. Willy Jeeps utilized during World War 2. Jeepneys started to prowl the streets in the early 1950s and became the best solution to the problem of public transportation.

To accommodate more passengers, the length of the jeepneys was increased. A roof was also installed and the original seats were replaced by two benches leaving a narrow space at the center. Jeepney drivers started to make their vehicles look more striking by painting and adding decorations. You will see the designs in various themes. From religious icons to scenes from famous movies, the decor is limitless.

You may have heard of Sarao Motors as they are one of the earliest manufacturers of jeepneys. They started making them in 1953 and are known for good quality products. The company has significantly contributed to making the jeepney a Philippine cultural icon.

Philippine jeepneys as part of our culture

Needless to say, the identity of the Philippines is not complete without the jeepneys roaring on both the urban and rural roads. With its origin and evolution, Philippine jeepneys have been considered to be a true Pinoy creation. It became a reflection of the Filipino spirit of resiliency, innovation, and optimism. These days, you don’t only see jeepneys on the streets. They are also seen on the shelves of shops as souvenir items. Examples of these are miniature jeepneys, keychains, mugs, shirts, and others.

For more than half a century, jeepneys have dominated the public transportation industry of the country. Many people have relied on them to go to work, school, or home. In recent years, their existence has been threatened as many proposed to modernize the public transport industry. The production of the said vehicle even declined at the start of the millennium. These obstacles may come and go but one thing is for sure. The Philippine jeepneys are still here and have surpassed the test of time.