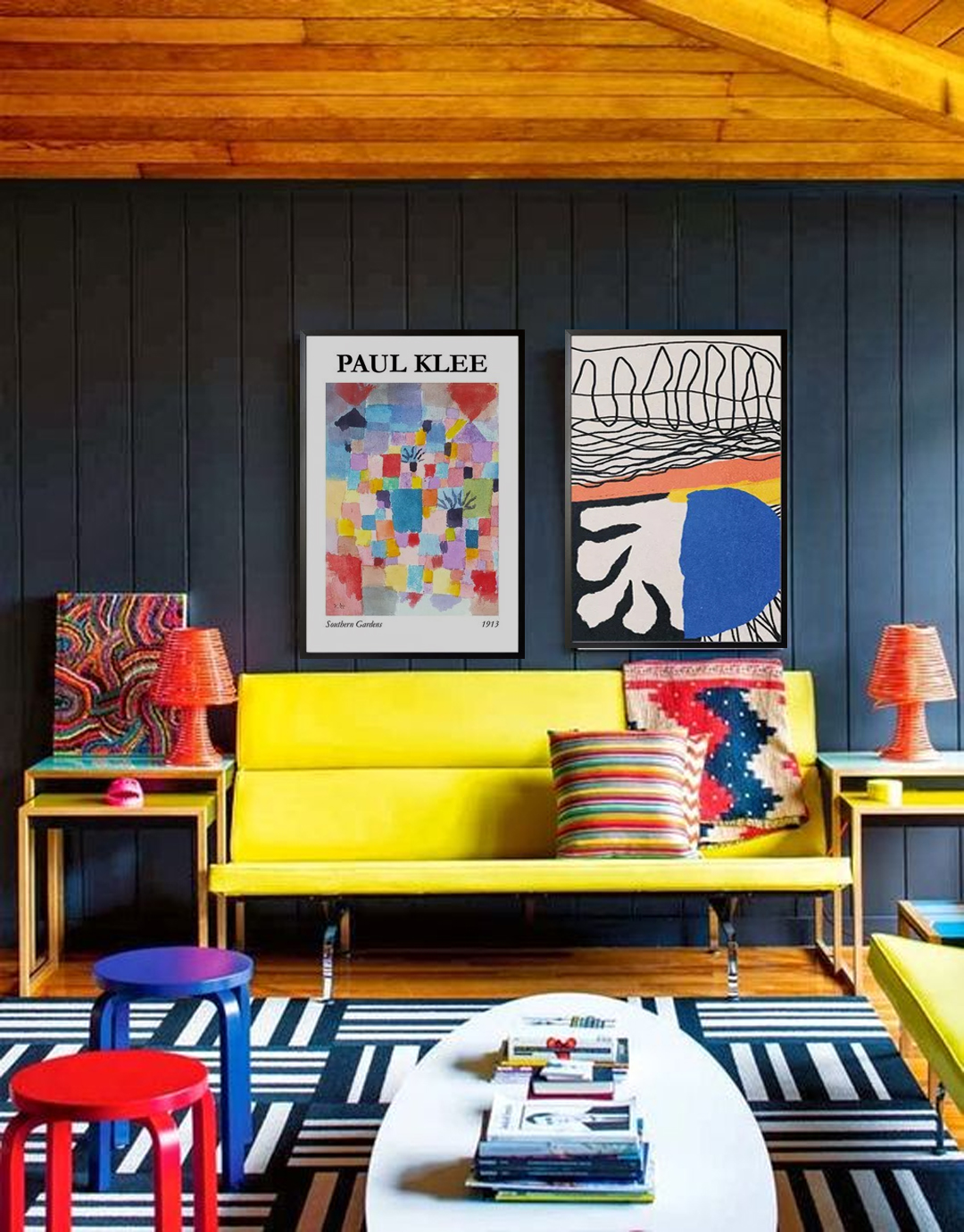 Paul Klee was a German-Swiss artist born in 1879 who fell in love with colors and tones. You may have seen some of his works and they can be described as child-like, simple, and can be appreciated by all ages and levels. His paintings are also rich in geometric forms and shapes. Some of his works can even be used to help kids in their learnings, such as letters, animals, and numbers. Some are in abstract form and can be used to add colors and design to your walls.

The use of warm and cool colors

Over the years, colors are used to make any space look attractive. There are different types of colors and you can check the color wheel for references. Colors can also be divided into two groups, cool and warm colors. Warm colors are fun and exciting and can make you think of sunlight and heat. These are orange, yellow, and red, and a combination makes the team of warm colors.

On the other hand, cool colors are blue, green, and purples. These colors are calming and sooting. If your want your bedroom to have that ambiance that is perfect for resting and sleeping, then cool colors are a perfect choice.

Tones what are they

Tones are created by adding neutral colors such as white, gray, or black. These colors, when added to primary or secondary colors alter their lightness. If you are on a decorating project, remember that darker colors help you to bring light color more in focus.

Paul Klee was known as an avid reader and lover of music. With his paintings filled with shapes and colors, they are rich with rhythm motivated by the modulations of Mozart and Bach or even the cadence of poems by Apollinaire and Rilke. Klee was also inspired by the art of kids as well as those who are suffering from psychological disorders. Their art was regarded as a pure form of expression. In 1914, during a trip to Tunisia with Macke and Louis Moilliet, Klee was deeply inspired. As a result, his artworks were added with the rich color palette and distinctive language of mystical symbols.

One of the most important personalities who have inspired Klee was Kandinsky. He is considered to be the godfather of abstraction along with the other members of the Munich-based group, Macke, Marc, Alexej von Jawlensky. In addition to these, the lyrical patterns and transcendent color palette of Robert Delaunay also affected Paul Klee.

What’s so special about Paul Klee

Paul Klee was one of the prominent artists in the 1900s. He is known for changing the course of modern art. As a passionate artist, he was also one of the artists who have influenced younger generations of artists. Remember the time when painting became less popular, it surged again because of the influences of Paul Klee. His works can be considered to be unconventional as it encompasses almost any style like the art created by disabled people and practitioners of the occult.