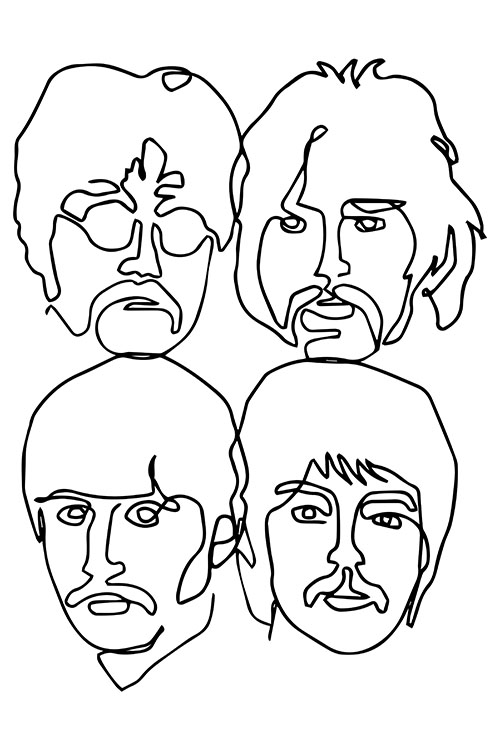 Are you a fan of one of the legendary bands of all time? The Beatles is probably the most loved British band. Meet John, Paul, George, and Ringo as they create a captivating room with The Beatles poster. Personalize your room and immortalize their songs.

Rock your home with The Beatles poster

Decorating your rooms with posters is one of the convenient ways to make them attractive. Do not limit yourselves with furniture pieces, fabric, throws, or paint. With creativity and a little inspiration, you will be able to design any room with ease and convenience.

Let the quartet do the trick in adding life to your rooms. The rock and roll icon of the 60s can also help you create a nostalgic room atmosphere. Take out the vinyls from your storage and relive the past along with the image of The Beatles in your room. What makes it more fun and interesting is the opportunity to add a focal point that will capture the attention of your family and friends. The poster n black and white can instantly give the classic appearance that suits the music legends.

The Beatles was an English rock band formed in Liverpool in 1960. The band is composed of John Lennon, Paul McCartney, George Harrison, and Ringo Starr. They were considered to be the foremost and most influential music band in history. Their style is a combination of skiffle, beat and 1950s rock and roll. They later on experimented with various music styles. This ranged from pop ballads and Indian music to psychedelia and hard rock. Oftentimes, they mix them with classical elements and unconventional recording techniques in innovative ways.

Their popularity started by playing in clubs in Liverpool and Hamburg. Throughout the years of being in the limelight, they became international stars and led the “British Invasion” in the United States. With amazing albums, The Beatles was able to lead the market and became the best-selling band in history.

The band eventually broke-up in 1970, and then the members enjoyed being successful as solo artists. John Lennon was shot and killed in December 1980, George Harrison in November 2001 due to lung cancer. Paul McCartney and Ringo Starr are still both active in the music industry.

The Beatles have taken the music industry like a storm. With their innovative style in music and entertaining the public, they have captivated the hearts of millions. As a tribute to the legend in rock and roll, posters have been created to immortalize the band. The Beatles Minimal Pop Art Pose Poster can easily create a room that is relaxing and calming. With the image of the four members, this art will add a nostalgic vibe that will bring back fun and exciting memories.