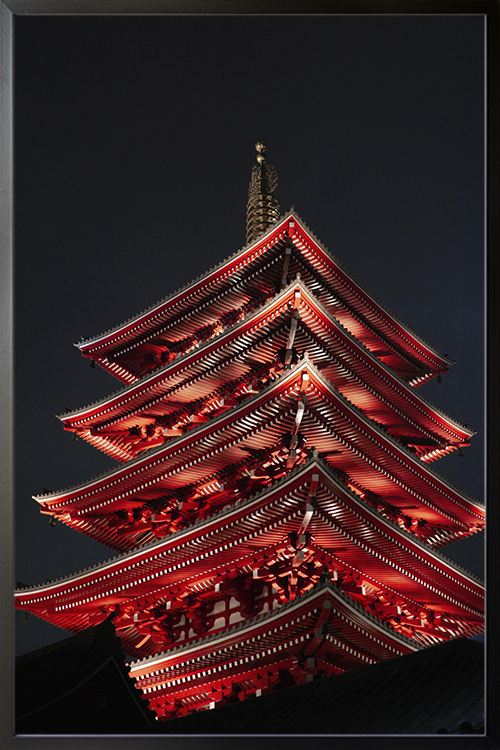 Japanese pagodas are architectural structures that had cultural and religious significance. These are not only seen in Japan, but also other Asian countries, like China, India, Korea, and Vietnam. Most pagodas were built to have a religious function, mostly Buddhism and Taoism. Pagodas are tiered structures with roof systems of 5 levels. Each level represents a different element of the world as listed in the Buddhist religion. The meaning of “pagoda” refers to multi-tiered Japanese structures that are a prominent secondary feature of Japanese temples and gardens.

A brief history of pagodas

Pagodas originated in Japan and are based on stupas, which are ancient Indian buildings. Stupas are ancient Indian structures with a similar purpose as the pagodas. Stupas were designed to contain relics that are associated with religious and historical individuals. Pagodas, on the other hand, house religious talismans and other sacred items. The creation of pagodas was recorded as early as 2nd-century C.E. shortly after Buddhism was introduced in China. As the religion spread to different parts of Asia so are the changes in the appearances of pagodas. In Japan, Buddhism has greatly influenced its culture and religion. As such, pagodas have become identified with the Japanese even though their origin was in China.

Japanese pagodas may have similarities with other pagodas in Asia. However, its uniqueness is due to several attributes, each with its significance. It is mainly made of wood, stones, and bricks. The other characteristics are the central pillar, the Sorin, which is the spire at the highest roof of the structure. The Sorin is designed to remind the viewers to look at the cosmos beyond space. There are also the beams that are counterbalanced by columns, and the pagoda roof. The roof has 5 levels and each represents earth, water, fire, wind, and space.

Japanese pagodas not only represent harmony with nature but the resilience of the Japanese spirit. In the past, pagodas have faced many disasters, either natural or man-made. It was rebuilt every time they were destroyed or damaged. These symbolize the people of Japan as they have survived and recovered from all the natural calamities that they experience. Japanese pagodas have been preserved for centuries through hard work, humility, and respect for the natural cycle of life.