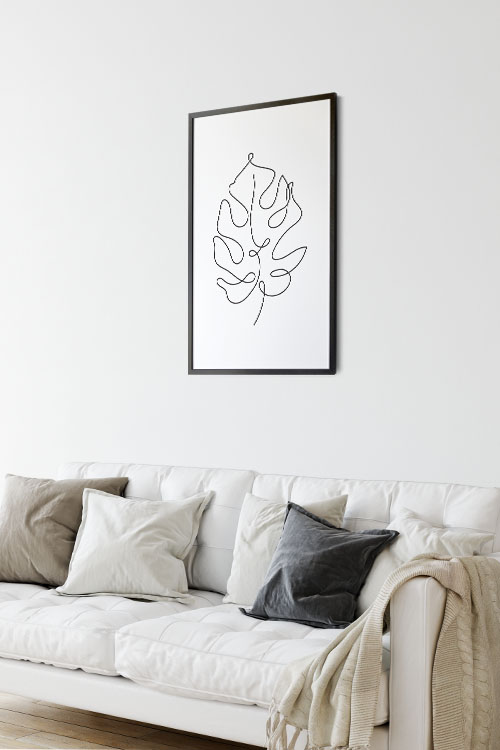 Minimalist art can be anything that is simple or lacks variation. These are commonly seen in both residential and commercial areas. When it comes to minimalist art, it may not be as simple as many think. It was developed based on history where outstanding examples can be seen.

Simplicity and minimalism are completely different from each other. Though both terms may coincide with each other but there are differences in terms of their characteristics and elements. By definition, simplicity is the state or quality of being simple. While minimalism is any design or style in which the simplest and fewest elements are used to give a maximum effect.

Minimalist art can have several elements and traits that are utilized and loved by many homeowners and designers. It encompasses a variety of geometric shapes and patterns. The colors and shapes seen in the art are few. It is likewise common to see monochromatism, such as the use of the colors black, white, or gray.

A brief history of minimalism

The minimalism movement started in the 1950s in New York during the time of resistance to abstract expressionism. The abstract is known to be filled with intense emotion and expressive feelings. Minimalism reached its peak during the 1960s. Just like any new item, minimalism has received a lot of criticism from the art community. However, the unique style was supported by many curators, collectors, and corporate purchasers. This is one of the main reasons why minimalism grew to what we know these days.

Minimalist art as a decorative element

In decorating any space, minimalist art brings balance that allows each piece to shine. Minimalist artists focus more on the work itself without any complications or obstacles. Through time, designers and art enthusiasts began to experience artwork on new levels where material, light, and scale became part of its creative nature.

These days, minimalism is usually associated with the type of lifestyle where clutter is reduced. The movement to minimize clutter which transcends art and streamlined, bold and monochromatic art fits perfectly with this trendy approach. Pairing minimalist art with minimal architecture and furniture pieces is one of the best ways to enhance the design style.

Why use a minimalist style

Artists who support and employ minimalism in their projects only have one thing in mind. They want their viewers to have an immediate, absolute, and purely visual response to their work. These would come from personal connections and experiences with their works. As such viewers engage with the color, form, space, and medium.

Minimalist art and its influences

Minimalism has had a great impact on the history of modernism as it introduced a new way of looking, creating, and experiencing works of art. The style that focused more on simple and essential lines and forms is used in different fields, like graphic design, architecture, and interior design.

Minimalist art for your home

The addition of minimalist art is one of the best ways to beautify them. These forms of art add color and life to any room. This art creates a fluid motion in any space. Minimalist art also adds a sense of calmness and serenity to every living space.