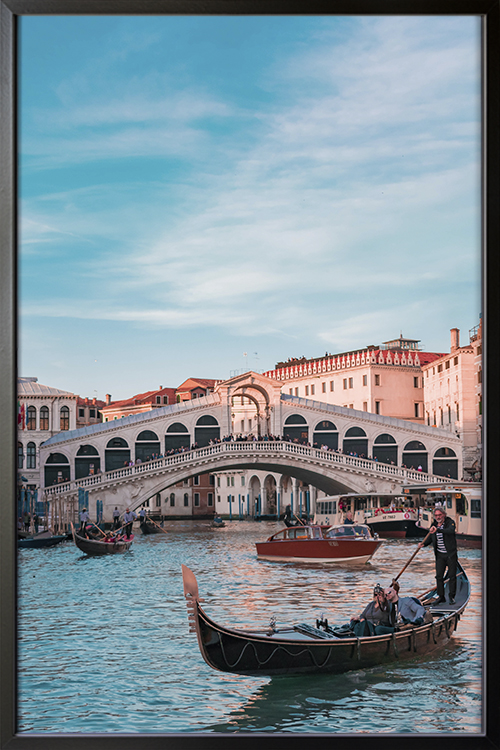 The Rialto Bridge is one of the oldest bridges spanning the Grand Canal in Venice, Italy. It connects the districts of San Marco and San Polo and has been rebuilt several times. It has been erected in 1173 as a pontoon bridge and is currently a popular tourist attraction in the city. The bridge is also known as Ponte di Rialto and Shylock’s bridge in the poem of Robert Browning, A Toccata of Galuppi’s.

The history of the bridge

Rialto Bridge is a stone arch bridge located over the Grand Canal in Venice, Italy. It is known as one of the 4 oldest bridges in Venice and is still in use up to these days. The first bridge to be built was the Ponte Della Moneta and the name was based on the mint that grew on one of the entrances. This bridge was designed by Nicolo Barattieri and was erected in 1181 as a pontoon bridge on ships.

Due to the development of the Rialto market, there was increased traffic on the floating bridge. Thus, this was replaced in 1255 by a wooden bridge. Its connection with the Rialto market changed the name of the bridge.

The concept of rebuilding the bridge in stone was proposed in 1503 with several proposals over the decades. Plans were presented by famous architects, like Jacopo Sansovino, Palladio, and Vignola, as well as Michelangelo. The present stone bridge was designed by Antonio da Ponte and the construction began in 1588 and was completed in 1591.

The Rialto Bridge is one of the favorite subjects of many artists. There are several artworks that used the bridge. Examples of paintings are the Miracle of the Cross at the Ponte di Rialto (1496), and the Grand Canal With Rialto Bridge (1740). In addition to these paintings, the bridge is also the setting in the “Merchant of Venice” by Shakespeare. William Shakespeare used the bridge as a meeting place and to catch up on local news. The bridge is also used by many people with the same functions today.