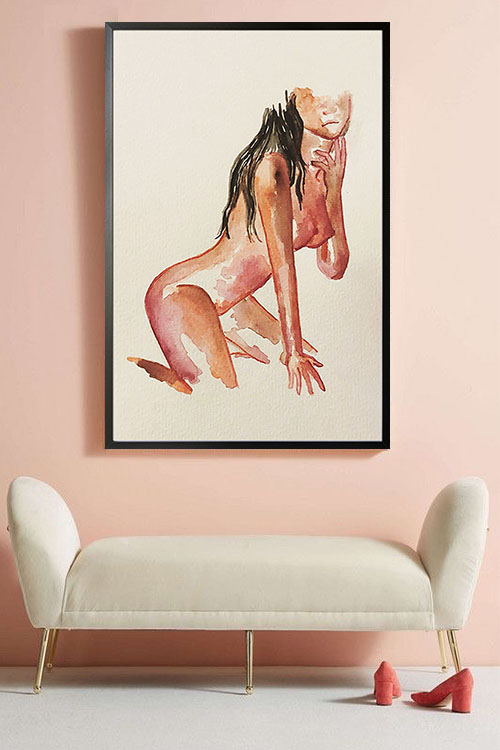 The human body is one of the most popular and probably one of the oldest subjects used in art. It is also one of the favorites of many painters and sculptors and is usually included in an art class. If you are going to look at history you will see that the use of humans in art can be traced back to prehistoric times. You can see them in caves etched on the walls and these drawings have captured the attention of artists from around the world. Here we have enough information about the history of the human body in art.

In prehistoric times, cave drawings were not made as a decorative element. These were drawn to tell stories and to give information about the life of the people living during those times. Ancient civilizations likewise have their versions of using humans in several art forms. Ancient Greeks and Romans create important characters in larger forms as compared to the common people. Examples are the gods and monarchs who have ruled the nations.

What happened during the Renaissance Period?

During this period, religious images were often created, not only to decorate a space but also to give importance to those portrayed in a story. Leonardo Da Vinci and Michelangelo were two great artists who were known to have created a more detailed representation of the human body. With Da Vinci’s knowledge of human anatomy, he was able to create more realistic human art. Examples are the Madonna of the Rocks, The Mona Lisa, and the Vitruvian Man. The ceilings of the Sistine Chapel were decorated by Michelangelo, and one of his famous works was The Last Judgement, The Creation of Adam, and other scenes from the Book of Genesis.

How about during the 16th and 17th Centuries?

During these periods, art has been known for the recreation of the human body in unique ways. The works during the Renaissance period have extremely influenced the Mannerist painters by making images emphasizing tension and imbalance. Some of the notable works were Venus, Cupid, Folly, and Time by Agnolo Bronzino.

The human form during the 18th and 19th centuries

These periods marked the rise and popularity of English Romantics such as William Blake and William Etty. These artists used religious and historical paintings as platforms for their nude art. These works artistically enhanced the human body, showing the details and beauty of the human form. You may have heard the names Edouard Manet, Edgar Degas, and Gustave Courbet as they contributed immensely to the development of art.

The art during the 20th century and modern times

One of the prominent names during these periods is Egon Schiele. He was an Austrian Expressionist painter, draftsman, and printmaker who was known for the eroticism of his figurative works. Schiele was a protege of Gustav Klimt and made an emphasis on his female nudes posed in confident, sexual positions. Some popular names who made difference during these periods were Amedeo Modigliani, Pablo Picasso, Henri Matisse, and Lucian Freud.