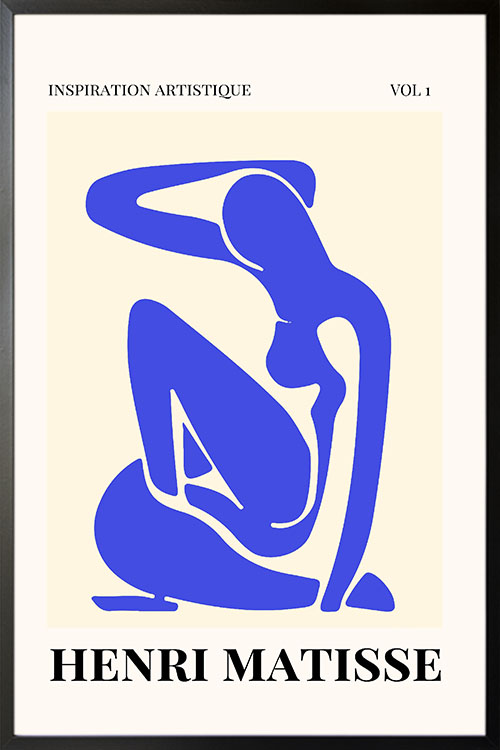 Henri Matisse is regarded as the greatest colorist of the 20th century. He is best known for the expressive color and form of the Fauvist style. He practically worked on all media such as painting, sculpture, and printmaking. His subjects usually include nudes, figures in landscapes, portraits, and interior views. His use of colors has made him one of the most influential artists of the 20th century.

Henri Matisse was born on December 31, 1869, and grew up in the small town of Bohain-en-Vermandois in France. His family worked in the grain business and at a young age, he started to work as a legal clerk. He studied law for 2 years and returned to a position in a law office in the town of Saint-Quentin. As a hobby, he started attending drawing class in the morning before going to work. He began painting when he was 21 while recuperating from an illness.

He then moved to Paris in 1891 to begin his artistic training. He attended the Academie Julian and the Ecole des Beaux-Arts. In addition to these, Matisse was also exposed to the Post-Impressionist works of Paul Cezanne and Vincent van Gogh.

During the mid-1890s, Matisse began showing his work in exhibitions in Paris, which include the Salon de la Societe Nationale des Beaux-Arts. He traveled to London and Corsica and married Amelie Parayre in 1898 wherein they had 3 children.

The 20th century was said to be a turning point in the life of Henri Matisse. His works were significantly influenced by Georges Seurat and Paul Signac, who painted in a “Pointillist” style with small dots of color rather than full brushstrokes.

His major creative breakthrough was in 1904 and 1905. His visit to Saint-Tropez in southern France inspired him to paint bright,light-dappled canvases such as Luxe, calme et volupte (1904-1905). His stay in the Mediterranean village of Collioure one summer produced Open Window and Woman with a hat in 1905. This is one of his major works that was exhibited in the 1905 Salon d’Automne exhibition in Paris.

In a painting style, known as Fauvism, Matisse continued to highlight the emotional power of sinuous lines, strong brushwork, and acid-bright colors. One example of this style is The Joy of Life, a composition of female nudes in a landscape. Just like in his other works, this artwork featured the mood of the scene rather than trying to depict the world realistically.

His fame and success

Upon establishing his style, his fame rose, and was able to travel to Italy, Germany, Spain, and North Africa to search for inspiration. He bought a studio in Paris and signed a contract with art dealers in Galerie Bernheim-Jeune. Prominent collectors such as Gertrude Stein and Sergei I. Shchukin bought his art.

Matisse began spending winters on the Mediterranean in 1917 and moved to the French Riviera in 1921. He mostly painted female nudes in his studio and used warm lighting and patterned backgrounds. Moreover, Matisse worked on printmaking during these years and was able to publish his first scholarly book in 1920.

Henri Matisse died on November 3, 1954, at the age of 84 in Nice. He was buried in Cimiez and up to these days, Matisse is regarded as one of the most influential and innovative artists of the 20th century.