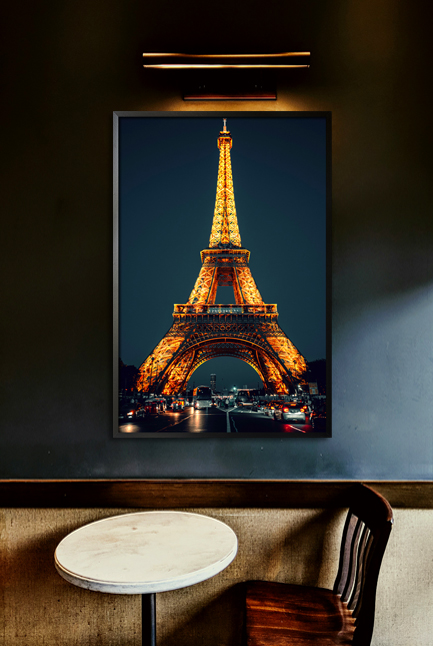 The Eiffel Tower (La Tour Eiffel) is the symbol of Paris. It was built to commemorate the centennial of the French Revolution and to demonstrate the industrial prowess of France. Though at first, the structure was considered to be the ugliest building in the face of Paris. Today, the tower is a popular historical landmark that made tourism in the country bloom

The construction of the wrought-iron tower

Though the tower was named after Gustave Eiffel, it was Maurice Koechlin and Emile Nouguier who came up with the original drawings of the structure. The three personalities, including the French architect, Stephen Sauvestre, submitted their plans to a contest and won. It was in July 1887 that the construction of the tower began.

With the plans and design made public, not every French were thrilled with the idea. During that time, modern architecture was slightly blooming. The construction of the Eiffel Tower established the use of wrought iron as a building material due to the Industrial Revolution. In 1887, wrought iron was only used as an internal or support material

The tower is composed of 18,000 pieces with four gigantic arched legs that are set of masonry piers that curve inward until joining in a single, tapered tower. The construction of the tower needed 7,300 tons of wrought iron and 2.5 million thermally assembled rivets. Every inch of the structure was painted to protect it from the elements.

The construction of the Eiffel Tower cost $1.5 million and is 324 meters tall, including the antenna at the top. It weighs 10,000 tons with 5 billion lights. The tower nicknamed as La Dame de Fer or The Iron Lady. It has 108 stories with 1,710 steps and two elevators.

The uses of the Iron Lady

The original plan was to have the structure temporarily and removed after 20 years. However, people do not want to see the tower demolished. Parisians felt proud of this feat as it became a historic landmark of the city.

In addition to being a landmark in France, the Eiffel Tower also has a meteorology laboratory. The laboratory was used by scientists for their various studies. The French military also used the tower as a means to communicate with ships in the Atlantic Ocean as well as to intercept enemy messages during the First World War.

These days, the structure has 120 antennas that broadcasts radio and television signals throughout the city. It also became the main attraction of the country as more than 7 million people visit it every year. Moreover, the three platforms are home to two renowned restaurants, banquet hall, champagne bar, and various souvenir shops.

The Eiffel Tower is an enduring symbol of Paris. As such, the city has been the home for modern architecture in addition to being a center of modern art and painting. A large portion of the city’s revenue also comes from tourism. In which the Eiffel Tower is one of the highlights of every tour that the city offers.