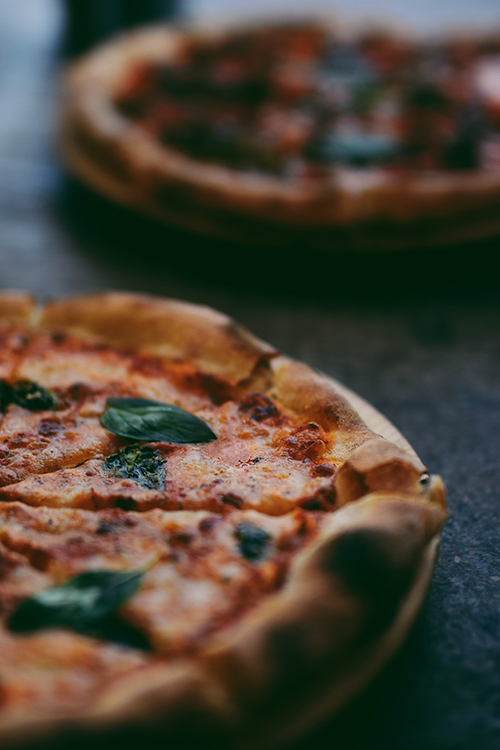 Did you know that your favorite food has an ancient origin? The world’s favorite fast food has conquered the world. But before that, pizza had a humble origin that we were unaware of. People have been eating pizza for centuries. Of course, the appearance is not similar to what we know nowadays. In the past, people prepared this food with pieces of flatbread, topped with whatever they wanted to add, and served as a simple and tasty meal. Let us see how pizza started and evolved through the years.

The first pizza in the world

We all know that pizza was born in Italy, but experts believe that the food has a long history. The concept of preparing pizza was first noted by the Ancient Greeks, Romans, and Egyptians. They prepared flatbreads topped with various oils and herbs. In the 6th century BC, Persians also baked flatbreads covered in cheese and dates. Now we know these ingredients as toppings of the bread. However, the modern pizza that we know started as a flatbread that became famous n the poor areas of Naples, Italy.

The truth is, there is no exact date when pizza was created. However, experts were able to at least narrow down the period. It was in the 1500s that tomatoes found their way to Europe from the West. Tomatoes were not easily accepted by the Europeans since they thought that the fruit was poisonous.

There was even a description in 1799 about dough with tomato sauce and cheese. The Italian census in the late 1700s listed several people as pizza makers (pizolas) in Naples. Now we know that there were a group of professionals who focused on making this great food.

Just like in any story, pizza has an unclear origin. In fact, there are different versions. One story claims that pizza was created when the soon-to-be king and queen of Italy visited Naples in 1889. To gain the confidence of the people, the future royals insisted on eating as the common folk did. This includes eating pizza which during those times was considered to be the food for the poor.

Margherita of Savoy once summoned Rafael Esposito, a known pizola. Several of his pies were then tasted: one with garlic topping; the other one with anchovies; the next with tomato sauce, mozzarella cheese, and basil; and the last one was named pizza margherita, the name of the future queen. The last pizza has the colors of the Italian flag and was created as a tribute to the future queen.

The migration to the West

As early as the 1900s, pizza has already made its way to the United States. Places such as Omaha, Nebraska, and Wisconsin have been enjoying the food. However, the popularity incredibly became famous in New York City. Lombardi in Manhattan was the first licensed U.S. pizzeria in 1905. However, pizza historians claimed that there was no evidence that the first pizzeria was in New York. They believed that it may have started across the river in the borough of Brooklyn.

Since then, pizza has been one of the favorites in many countries. It has even evolved into different flavors according to the preferences of the respective nationalities. Certain fruits were even added, especially pineapple, creating what we now call Hawaiian pizza. Although this variety is believed to have originated in Canada and not in Hawaii, it has been loved by many.

So the next time you order pizza, think about its colorful origins and how it has changed through the years.