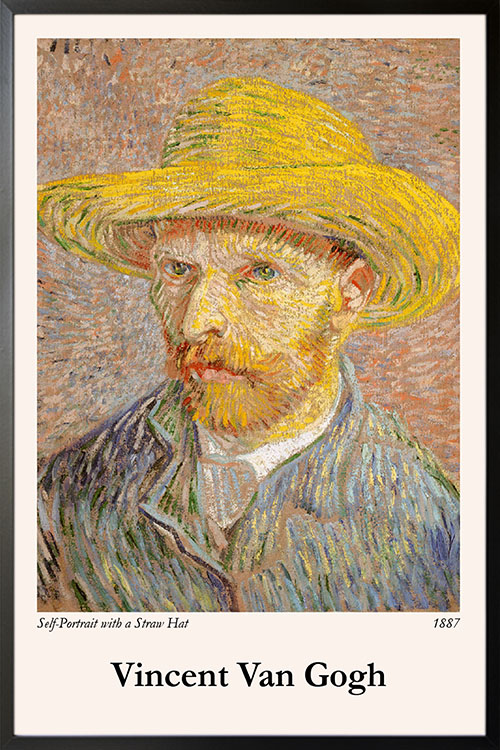 You loved the song. You also adored his life and works. As a post-impressionist painter, he has contributed a lot to art. But did you know that there were aspects in his life that were unknown to most of us? Vincent Van Gogh was born in Groot-Zundert, Netherlands, and is considered to be one of the most famous painters of all time. He is a legend in fact but during his lifetime, he considered himself a failure.

Being an artist was not part of the plan of Van Gogh. Originally, he wanted to be a pastor and worked as a preacher in Belgium. Unfortunately, he was relieved from his work. Only then that he pursued his passion for painting. Unlike other artists, he started at a relatively late age of 27 without any formal training.

Talking about influences and inspirations, Van Gogh had several of them. For example, the Dutch genre painting and the realist paintings of Millet and his contemporaries have affected the form and style of Van Gogh’s works. More importantly, he was inspired by the Japanese woodblock prints of Hiroshige, Kesai Eisen, and others.

Vincent Van Gogh started working as an artist at the age of 27 and created artworks for 10 years. Impressively, he was able to accomplish over 900 paintings, drawings, and sketches. If you are going to do the math, then Van Gogh was able to complete new artworks every 36 hours!

Vincent Van Gogh also had close ties with other artists such as Paul Gaugin and Emile Bernard. The three planned to establish an artists’ community in the south of France where they can live and paint together.

Van Gogh did not have enough money during those times and is unable to pay for models. As such, he decided to paint himself instead. Moreover, to save money on buying canvases, Van Gogh painted over his artworks and recycled old canvases. Who knows, there might be more masterpieces hidden among his paintings.

We have heard the song of Don Mclean about the artists. The song’s opening line was about The Starry Night painting. Although many enthusiasts love the painting, Van Gogh himself considered it a failure. Rumors have it that the artist was only able to sell one painting in his lifetime. If he is alive today, Van Gogh will definitely be amazed at how his artworks are well-loved and that they are considered to be valuable.

Did you know that Van Gogh is missing an ear? The truth is, the artist cut off his ear in 1888. Though the real reason was unknown, many believe that he did this after a furious argument with Paul Gaugin at the Yellow House in Arles.

Known to many, Vincent Van Gogh suffered from mental illness for several years. In 1889, he was admitted to the Saint Paul de Mausole psychiatric hospital in Saint Remy. It was there that he created some of his masterpieces, including the infamous The Starry Night. After leaving the hospital, Van Gogh moved closer to his brother, Theo in Auvers. His condition deteriorated and shot himself in the chest on July 29, 1890. He died two days later.